Alzheimer’s disease in adults is known to be the most common cause of dementia.  It is an irreversible, progressive brain disoder that slowly destroys memory, and eventually, the ability to carry out the simplest of daily tasks.  Older adults with a history of heart disease, stroke, high blood pressure, obesity and diabetes are at an increased risk of Alzheimer’s disease.  Age related changes in the brain affect neurons by causing shrinking of certain parts of the brain, inflammation, production of unstable molecules called free radicals, causing Alzheimer’s disease.  Studies by National Journal of Physiology Pharmacy and Pharmacology and International Journal of School and Cognitive Physiology have shown a positive association between coconut oil consumption and prevention of Alzheimer’s disease.  Studies have shown positive improvements in cognition, cognitive performance, orientation and semantic memory in individuals after intervention with virgin coconut oil.  Studies conducted in humans and animals have shown that when 20 gms of VCO/MCT oil was given daily, significant improvement was seen in cognitive performance and memory in people with age-related neuronal disorders. 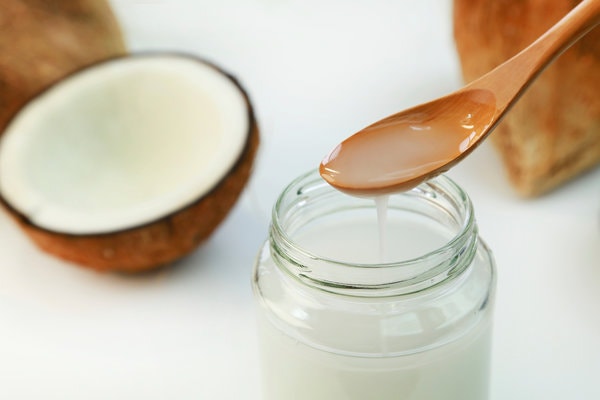 Medium chain fatty acids (MCFA) that are largely present in coconut oil are easily absorbed and metabolized by the liver and can be converted to ketones, an laternative fuel to glucose.  The brain’s main fuel is glucose and the problem for ageing brain is its deteriorating ability to use glucose available in the blood.  Unlike other organs, brain uses ketones as back-up for glucose. MCFAs travel through the entrance of the venous system into the liver and are more readily available for oxidation to ketones to provide rapid source of energy.  This provides an alternative fuel to compromised neurons.

Virgin Coconut Oil Article
« Why do you have to switch to coconut milk powder? White Flour or COCONUT Flour, Which one is better? »

WhatsApp us We will respond as soon as possible